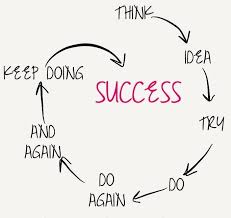 #1 Indian Constitution employs the expression ‘Proclamation of Emergency’ to denote:

Article 352 Proclamation of Emergency – The Constitution employs the expression proclamation of
emergency‘ to denote the National Emergency only due to war, external aggression or armed rebellion.

An Emergency due to the failure of the constitutional machinery in the states (Article 356). This is
popularly known as President‘s Rule‘. It is also known by other two names- State Emergency‘ or
̳constitutional Emergency‘. However, the Constitution does not use the word emergency‘ for this
situation.

Financial Emergency is proclaimed under Article 360 – due to a threat to the financial stability or credit of
India.

#2 The Government of India Act,1935 provided for the establishment of 1. An All-India Federation 2. Dyarchy in the provinces 3. Reserve Bank of India. Select the correct answer using the code given below.

The features of the Government of India Act,1935 were:

Statement 1 is not correct. The term of office of the AG is not fixed by the Constitution. Further, the
Constitution does not contain the procedure and grounds for his removal. He holds office during the pleasure
of the president. This means that he may be removed by the president at any time. He may also quit his office
by submitting his resignation to the president. Conventionally, he resigns when the government (council of
ministers) resigns or is replaced, as he is appointed on its advice.

Statement 2 is not correct. Attorney General is not a full-time counsel for the Government. He does not fall
in the category of government servants. Further, he is not debarred from private legal practice. However,
following limitations are placed on the Attorney General in order to avoid any complication and conflict of
duty:

Statement 3 is correct. AG has the right to speak and to take part in the proceedings of both the Houses of
Parliament or their joint sitting and any committee of the Parliament of which he may be named a member,
but without a right to vote. He enjoys all the privileges and immunities that are available to a member of
Parliament.

#4 Which of the following are the Socialist principles that are reflected in the Directive Principles of State Policy? 1. To promote equal justice and to provide free legal aid to the poor. 2. To organise village panchayats and enable them to function as units of self-government. 3. To make provision for just and humane conditions for work and maternity relief. Select the correct answer using the code given below.

The following principles reflect the ideology of socialism as they lay down the framework of a democratic
socialist state, aim at providing social and economic justice, and set the path towards welfare state. They
direct the state:

#5 Which of the following commissions/committees were setup in relation to reorganisation of states in India? 1. Dhar Commission 2. Fazal Ali Commission 3. JVP Committee. Select the correct answer using the code given below.